Please note thtat a minimum stay of 3 nights applies all year round and that in july and august, apartments are only rented on a weekly basis, from Saturday to Saturday.

Hannibal and the Battle of Lake Trasimeno

Farmhouse La Sosta di Annibale, in Umbria, owes its name to the place were it was originally built and later converted. The entire farm with holiday apartments with swimming pool spreads across the area stretching from the Montegualandro castle to the Tuoro plains where, in 217 b.C., the celebrated battle of Lake Trasimeno between the roman army and the carthaginian army led by Hannibal took place. Let’s now have a look at the main events that marked the leadup to the battle.

In June 217 a. C., great military commander Hannibal Barca, one of the most celebrated generals of all time, had reached the shores of Lake Trasimeno, where, leading it through a narrow valley bordered by the northern shores of the lake, he concealed his army from the view of the roman army. Days later, on June 24, the roman army led by consulgaius Flaminius, entered the narrow valley marching through the plains below the hills of Tuoro. 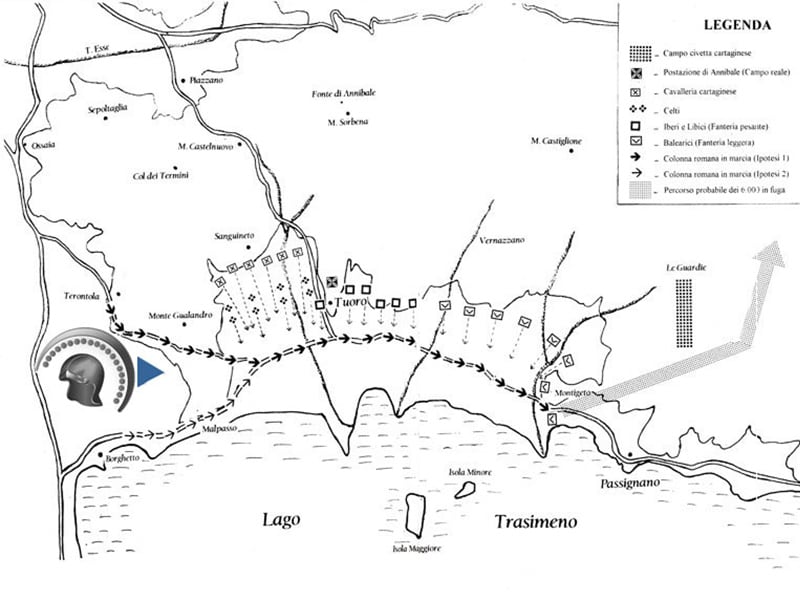 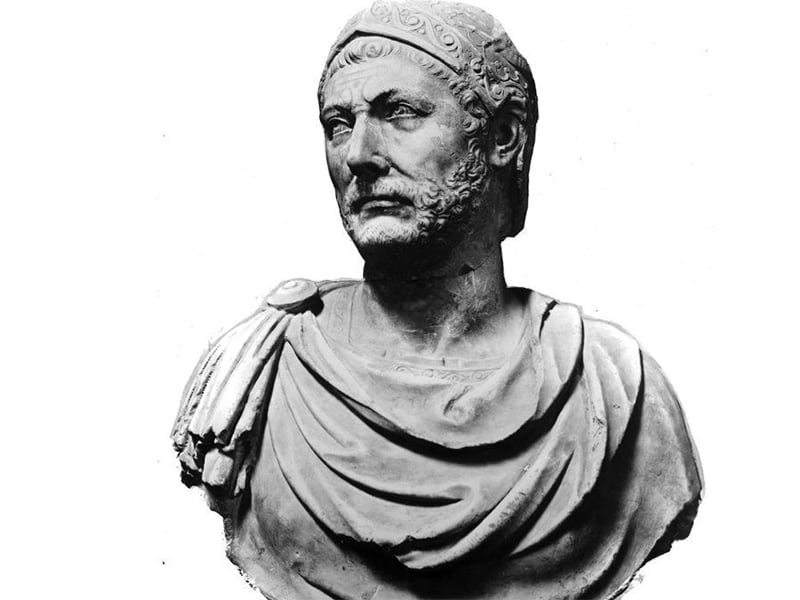 Convinced that Hannibal’s troops were still more than a day's march away, Gaius Flaminius decided to venture into the narrow valley with no prior reconnaissance. Besides that, according to historians, on that day a thick fog came off the lake and into the narrow vale. At that point, the carthaginian infantry and cavalry came charging down the surrounding hills and smashed into the roman army pinning them against the lake where, with no time or space to fight back, they were mercilessly cut down. The battle resulted in an appalling carnage: 15.000 roman soldiers were killed as well as about 2.500 carthaginians.

So terribile eas the slaughter that the waters of a stream running through the valley and into the lake was reportedly left red for several days. The defeat at Lake Trasimeno, in which consul Flaminius too fell to his death, would go down in history as one of the very few suffered by Rome throughout its history.